Cheryl “Action” Jackson is a keynote speaker, award-winning social entrepreneur, author, tv host, and producer. She has persevered from experiencing hunger to providing more than nine million meals to children and families through her award-winning organization, Minnie’s Food Pantry, a charity she founded to honor her mother, the late Dr. Minnie Hawthorne – Ewing.

In April, 2018 media mogul Oprah Winfrey joined Jackson’s cause, she was the keynote speaker for Minnie’s Food Pantry 10th annual gala. The world leader and raised $1.3 million dollars to help Minnie’s Food Pantry continue their mission of providing healthy meals to families. In December 2018, Ebony magazine named Jackson one of the top 100 people in the world. Jackson has also motivated numerous celebrities like Mark Cuban, Jeffrey Katzenberg and DreamWorks , Mark Burnett, Roma Downey, Rihanna, Emmitt Smith, Kevin Bacon, Martha Stewart and many others to donate to her cause. Jackson brought the issue of hunger insecurity to forefront on a local and national level through features on national television shows like ELLEN, where Minnie’s Food Pantry was awarded $30,000 and a new vehicle and Good Morning America where she was honored with the Home Town Hero Award by singer Rihanna, Steve Martin and Jim Parsons who also came to serve with her. Other media outlets include, Steve Harvey, Essence, Jet Magazine News, CBS The Talk, TBN and she was featured on the documentary Hunger Hits Home by the Food Network.

Jackson’s heart for people makes it easy for her to “take-action” during times of need. During the devastation of Hurricane Harvey, Jackson lead truckloads of food, toiletries, clothing and supplies to those affected by the storm. She is the voice for the hungry.

She is passionate about speaking not to just motivate but to also activate her audience into action.

She has been the keynote speaker for fortune 500 companies like AT&T, Capital One Bank, Experian, JC Penney, McDonald's, Mercedes Benz, Macy’s and hundreds of conferences, schools, and organizations.

She resides in Texas with her husband of 32 years. She has two sons and daughter-n-loves and 4 incredibly beautiful grandchildren. 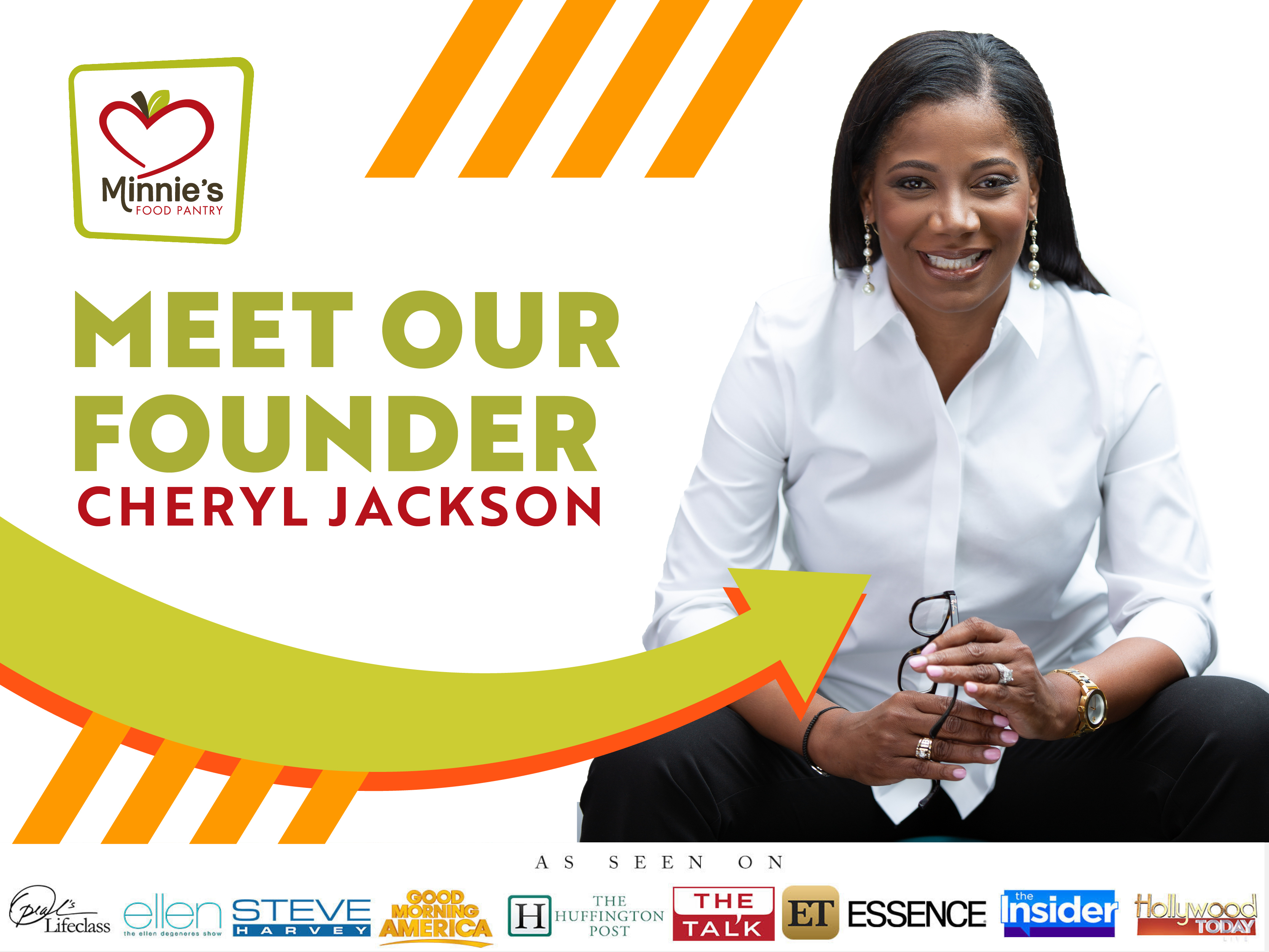 Host a food drive or add a few items to your cart during your shopping trip, we always accept non-perishable items!

Time is one of our most precious gifts. Will you consider giving yours by volunteering at Minnie’s Food Pantry?

Do you have a voice and want to use it to make a difference? Join Minnie’s Food Pantry in the fight against hunger as a #HungerHero