The Tiniest Hands Meet One of North Texas’ Biggest Needs 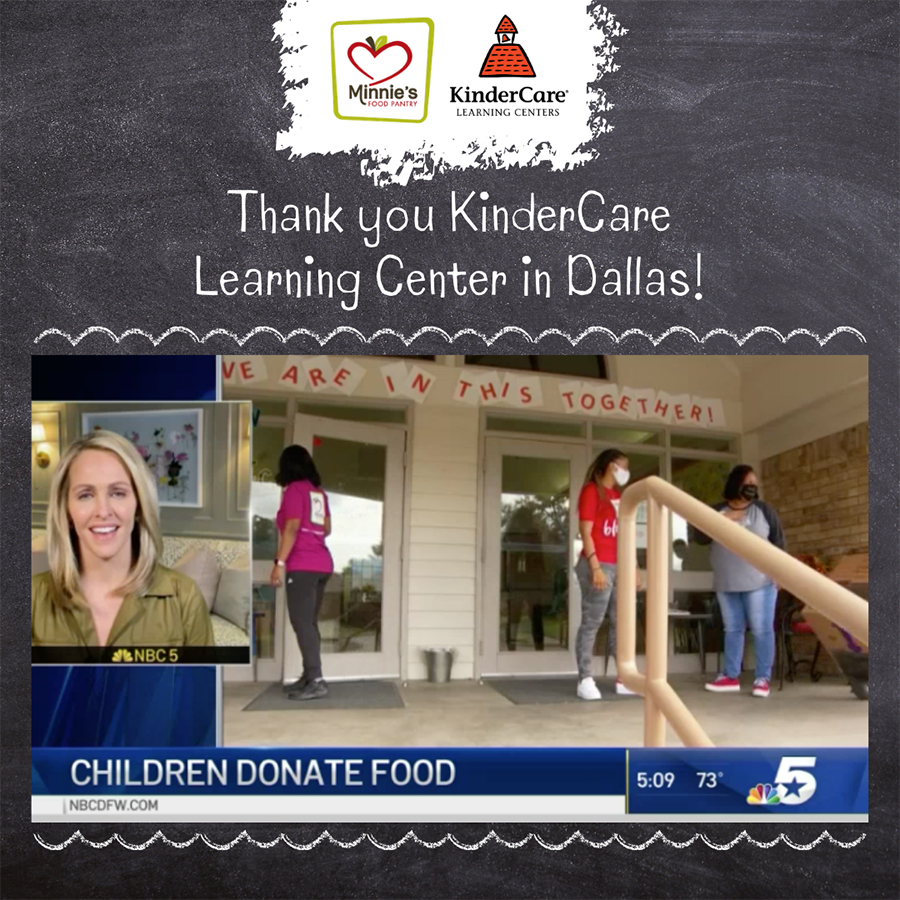 All of us at Minnie’s Food Pantry would like to say THANK YOU to all the staff, children, and parents of KinderCare Learning Center in Dallas!

They hosted a food drive on our behalf and we were blown away by the amount of food received. Watch the video below that recently aired on NBCDFW!

The youngest among us are giving back in a big way to make sure our neighbors don?t go without food.

There?s a season for everything. But when it comes to giving, the right time is always now.

?The times that we?re living in right now. This is like a cause for everybody right,? said Creshindo West, Center Director for KinderCare Learning Center in Dallas.

It?s a cause that includes the youngest and smallest among us making sure cabinets and stomachs don?t go empty.

?When we come together as a community, we can be a huge force,? said Stacy Gilani, also a Center Director at KinderCare Learning Center.

For the second year in a row, parents and children from KinderCare Learning Centers across Dallas held a food drive to support Minnie?s Food Pantry, which will feed thousands in the coming months. It?s a need magnified by the pandemic.

?Families that we wouldn?t have normally seen in the lines, as we listen to the different stories they?ve been laid off, they?ve been furloughed, they don?t know where their next meal is coming from,? said Erica Simon, an Executive with Minnie?s Food Pantry

Truckloads have been donated leaving the KinderCare offices to eventually end up on people?s plates. And they say the best part is that tiny little hands helped fill these big boxes.

?I think it?s easier to express to another child that ?someone just like you would like to have a box of cereal. Do you want to give a friend a box of cereal??? said West.

Minnie?s Food Pantry expects to feed some 10,000 families across Dallas during the Thanksgiving holiday.

Posted in News
Back to Blog 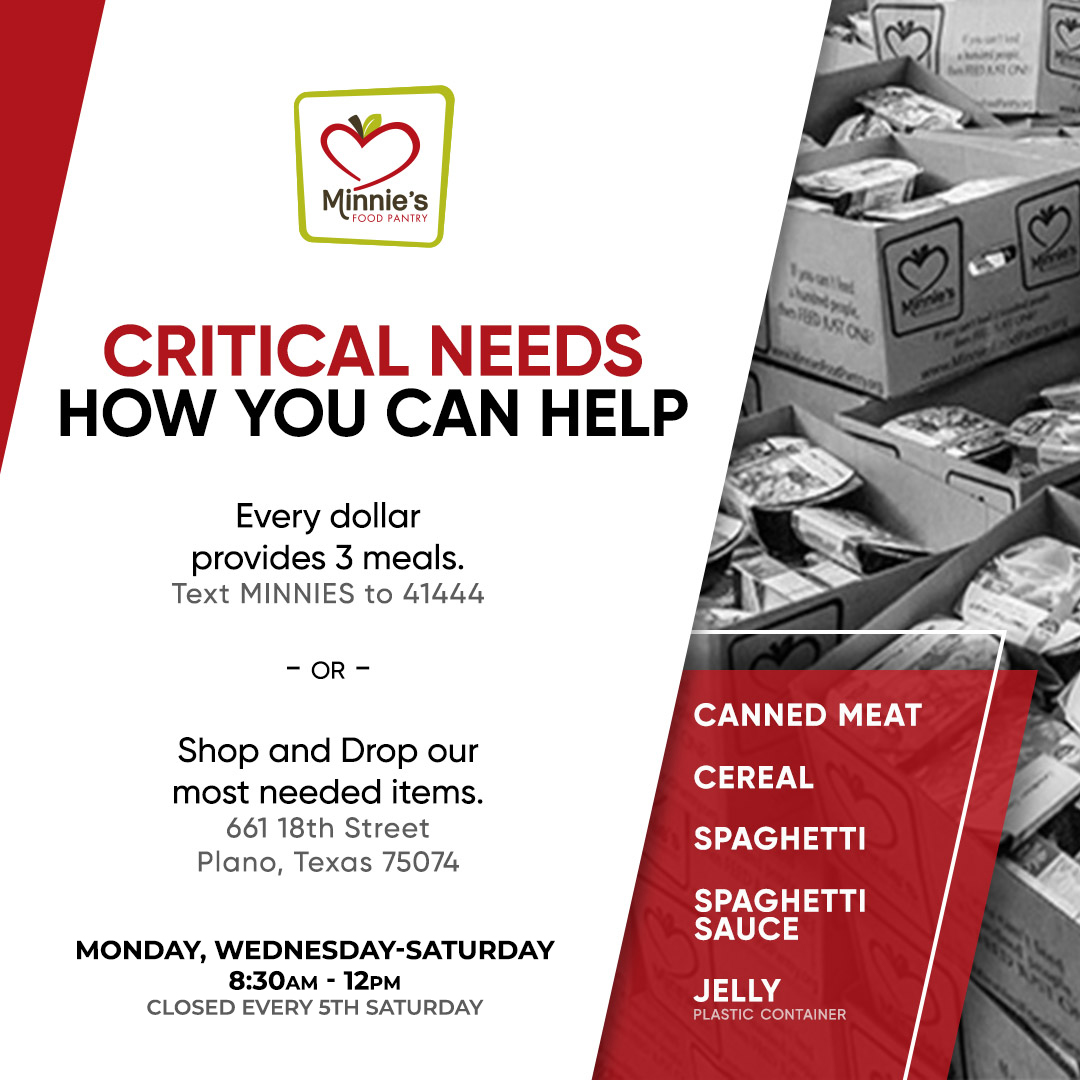 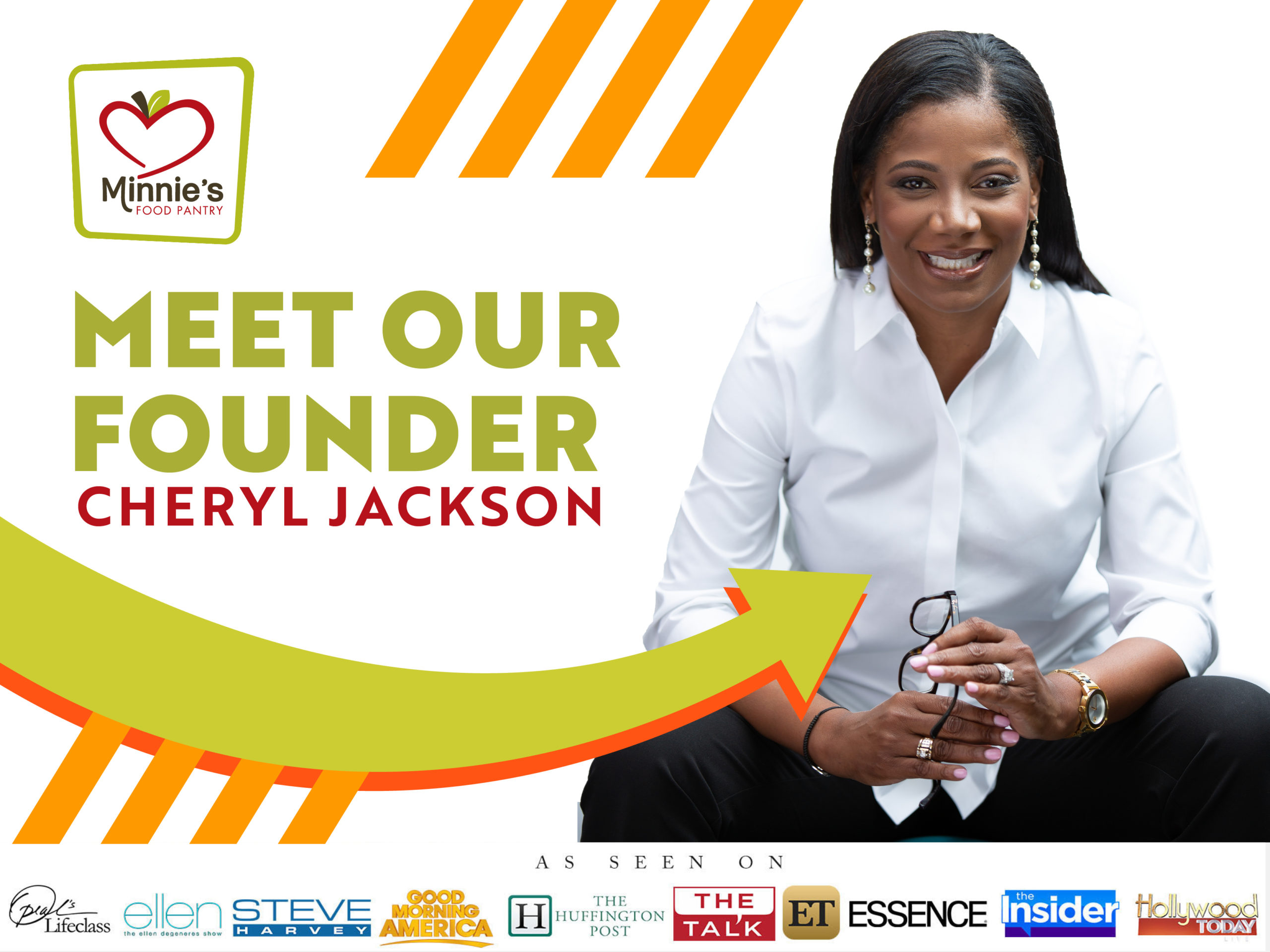